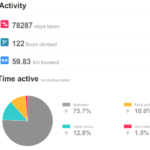 Attending the conference (and the intense networking which ensued) made it impossible for me to continue with the schedule.  My great friends in Copenhagen offered their hotel for napping through the day, … but the commute, napping, waking and such meant losing 3h – 4h/day of precious networking and customer development time.  I was also walking many kilometres each day, standing for 8h to 10h straight … so I needed a little extra rest.

Despite the monophasic attempt, I did not manage to sleep much.  The week was very busy both with the 12h working days and catching up with friends.  So here are the hypnograms: 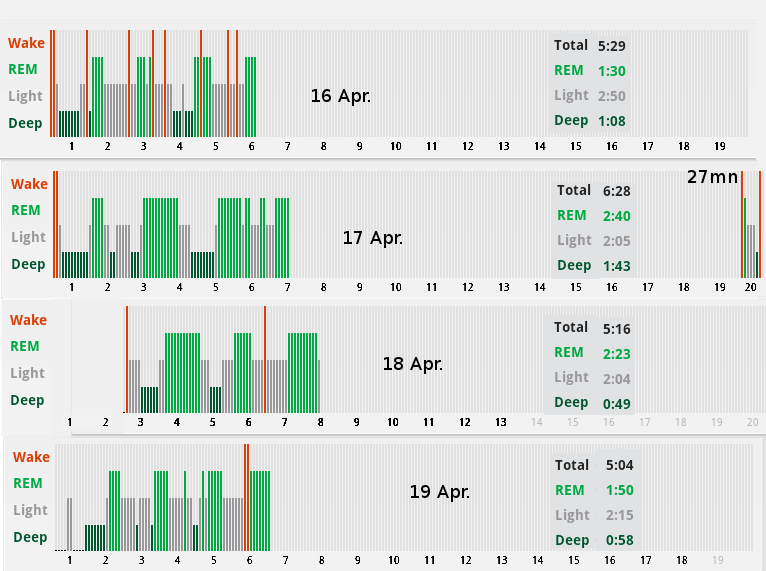 And the overview of activity: 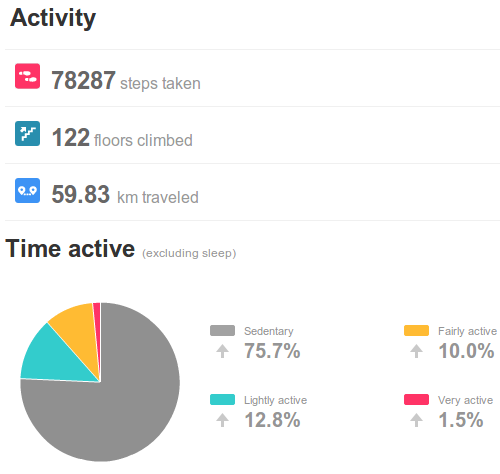 physical activity activity as seen on fitbit for 16 - 19 April

The first night was a little restless (You can see all the spikes as I toss, turn and drink some water).  Sleeping in a new place (sofa) and the nerves about the next day are probably to blame.  The next day had a large amount of deep sleep (maybe to recover from the physical exhaustion).  A couple of interesting things happened:

The question is now, will it be easy to come back to the Everyman-3nap schedule?  Or will I have to endure the whole adaptation phase again?  Find out tomorrow!