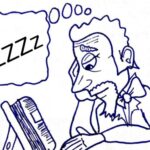 An email exchange with my friend Pavithra the other day revealed some interesting stuff about many students in India (related to sleep, of course).  It may not be so uncommon for people to spend years on a 4 – 4:30h sleeping schedule (although I would find it horribly hard without naps in between!).  Here’s her account of it:

I was thinking about it and then realized that I did something similar for almost 3 years of my life. I only slept for about 4 or 4.5 hours every single day of my life whilst in high school. Starting age 15 through age 17, I did this and never actually found any problem. I just got used to it. This was mainly to deal with academic pressures. And it was quite the norm in my friend circle. I would go to bed around midnight and wake up at around 4 or 4.30 to study (in our culture, early morning study is deemed as the best for retaining concepts. my parents would be very upset if i did not wake up in the morning and study. even if I did not study a lot, it was almost an unsaid rule that early morning study is mandatory.)

At 5.30 am, I’d go out for mathematics tuition classes (this I did for 3 years), and return at 7.10 am. I’d then get ready and go to school. After school I had a whole bunch of extra coaching classes / mock exam classes that I had to go to. By the time I returned home, it’d be 8 pm and did not have enough time for actual ‘study’. I’d be awake till midnight, go to sleep and wake up at 4 or 4.30 am  to finish up rest of the work. And this wasn’t just me. Everyone in my school would follow a similar schedule. 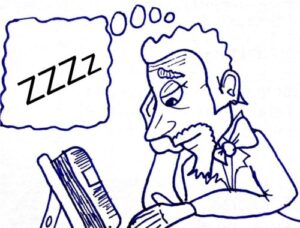 So I guess sleeping lesser number of hours has always been prevalent in other parts of the world to make more time for work. I once went to a tuition teacher, who actually recommended and taught polyphasic sleeping to his studentsso that they could do well in exams. It was too much for me to take, so I stopped attending his classes. This guy actually told me, 16 years old, at that point, that I was sleeping too much 🙂 :)However it was different every time I had an exam, I’d go to bed around midnight, wake up at 3 am (for fear of not being able to revise completely), revise until 5.30 am  and then go back to sleep. Wake up at 7 am, go to school + write exam, come back at mid-day after exam, take an afternoon nap for about an hour. Start studying for the next exam. I’d study until midnight and then go back to sleep and then repeat – wake up at 3 am.

But if it was a maths or physics exam, I’d totally fret and skip my early morning nap.  I’d wake up at 3 and continue studying till I actually had to put the book down and go write the exam! I am still pretty scared of those subjects! :-/

Interestingly, I have always found that my retention levels between 3am and 5am have been much much much higher than any other time-frame I’ve chosen for study. This is how I have always written exams. I’d do the same if I had to write exams even today. My body cannot comprehend any other way 🙂 And it has worked quite well for me, I think  But, to have this kind of sleep patterns without a real motivation (like exams), is very hard for me. So kudos to you!

It’s worth saying that her studying paid off 😉 … and Pavithra went on to work at fascinating destinations and projects with the United Nations.  Do the readers have a similar story to tell of sleepless study?  I would sleep well (8h – 9h) all through the study time, … and then go crazy on the night before and make a knowledge absorption marathon sleeping 3h or 4h using the adrenaline boost prior to the exam.  (but this may also have something to do with the memorization required in many exams under the Spanish university system).

Here’s an overview of the week before this one: 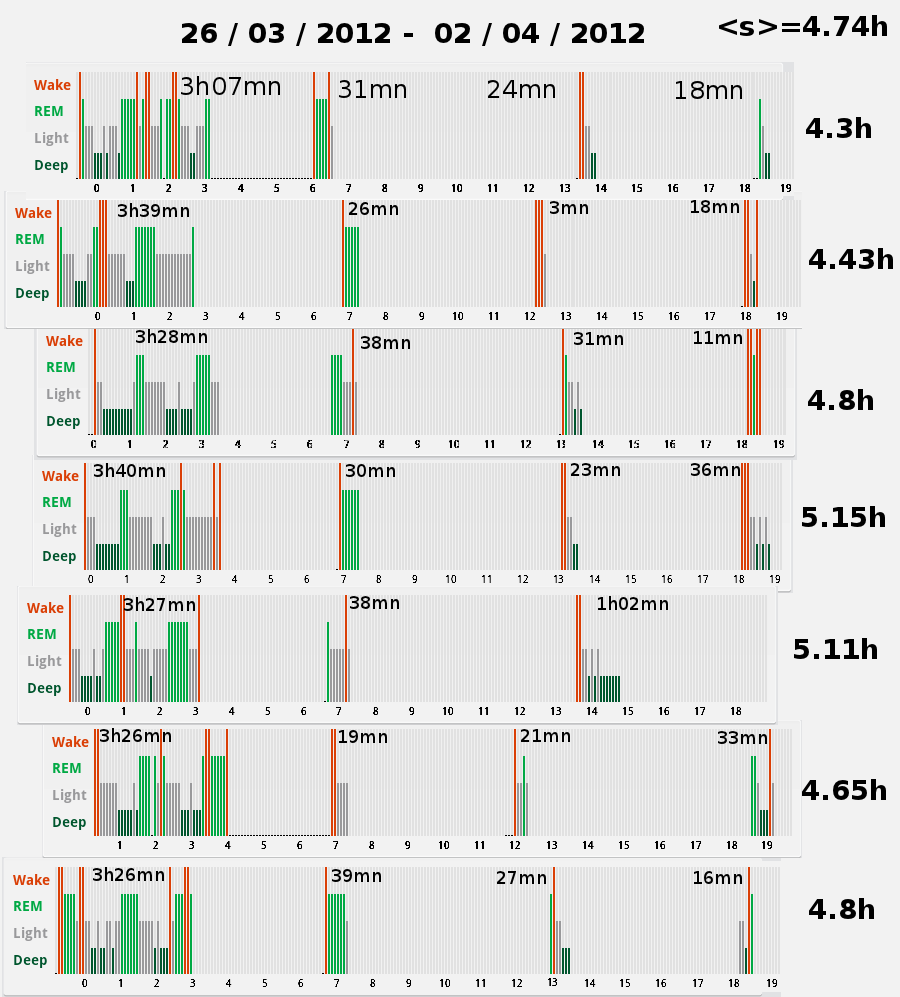